Remembering that we’re human: how to take time for yourself

After a year like we just had, it’s more important than ever to not forget about our mental health and life outside of work.

While it’s important that individuals take care of themselves, it’s also important that leaders are leading by example and creating teams that put people first. We talked to a few players in the local startup scene who are doing just that.

“I get frustrated when I see people slam back to the way it was,” said Matt Raskin of Bootstrappers, referencing the global hardships of the past year. “If you came back the same person, you missed it.”

Raskin has worked with a people-first strategy since his days at Jamf Software. “It’s very common to have a business strategy that forgets people are at the core of it,” he said. At the end of the day, we’re all human, and it’s most important to remember that.

“It just comes down to good conversation, and simple things like being a human,” Raskin added. While it “doesn’t fit in a spreadsheet nicely,” he’s found success in focusing on honest connections with people. 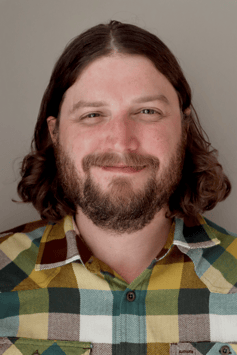 Agreeing on behaviors in the workplace and holding yourself accountable to them is a good way to reduce weird neurological components that cause stress, Raskin said. The acronym SCARF (status, certainty, autonomy, relatedness, fairness) refers to the way your brain neurologically reacts to being human — when these are off or a work environment isn’t producing these, this is when we get stressed, unmotivated, and anxious.

For example, the feeling of being excluded from a social group hits the same neurological pathways as being physically cut. “These are the core components I go to when we talk about mental health — did we create an environment for this?” Raskin said of making sure SCARF are all addressed for employees.

Pol Sorquist is working on just that at Dispatch, a BETA alum company, where he manages human resources and organization health.

“It’s not just about avoiding burnout, it’s about purposely creating space for yourself,” he said. In their onboarding trainings that Sorquist runs, he makes sure to build in time for things like a full hour of lunch, mental health breaks, and work continuity time. 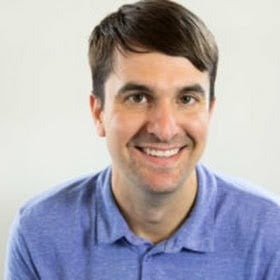 While people might think you can come to work and leave your personal life at home, that’s not the reality — especially during COVID. “It’s such a blur,” he said.

On top of being in a global pandemic, we in Minneapolis also had the murders of George Floyd and Daunte Wright, Sorquist said. “We’ve been very purposeful in making space for those conversations,” he said, whether that’s in their employee-led DEI steering group or mandatory company-wide meetings. “This impacts people’s mental health too — it’s not authentic to pretend you leave your personal life at the door,” he said, adding that it’s also a privilege to do so.

One way to ease this for employees is through Dispatch’s unlimited PTO policy. A lot of times companies employ this in a nefarious way and people end up taking less time, but the Dispatch team highly encourages taking time.

“We’re very purposeful about it, we need you to take this time off otherwise you will burn out,” Sorquist said, who recently took off a week due to a personal life event. “I can’t say how valuable that is to me as a human.”

Other things he does to take care of himself include regular massages, going for runs, and a therapy light for his desk. “Especially working from home, it’s about making sure you’re comfortable in the space you’re in,” he said.

Building your day around what matters

In regards to Raskin’s own mental health, he advised taking care of yourself before others, and allowing yourself to let go of people who don’t give you positive energy. For him personally, this meant cutting out social media.

“It’s a bunch of noise, I can’t believe the quality of life difference after being distracted by a ton of stuff that didn’t seem truthful,” Raskin said. “If that brings you value, Twitter on! But for me, it wasn’t part of building what I needed to get through my day.”

Prioritization and quality of tasks are what he recommends for less stressful work flow. “Some founders are going so fast, they’re more focused on doing ‘something’ than doing the right thing,” he said. “I’m more interested in accuracy — sometimes, you have to slow down to go fast.”

BETA is a 501(c)(3) organization that develops Minnesota’s next generation of business leaders by inspiring and educating first-time founders. The BETA Group nurtures startups and small businesses with great scalability potential, so that they can grow to become our next Fortune 100s. Learn more here.

A Conversation with a Serial Mentor

After watching his mother go through excruciating pain for 25 years and doctors making her feel like the pain was in her head, ...
Start Reading
Laura Beier
Nov 11, 2021 3:45:46 PM 11 min read

Historically, the BETA Cohort experience has included 12 weeks of programming, the ability to participate in community events ...
Start Reading